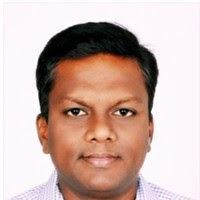 Dr. E.D. Israel Oliver King is Ethno-botanist serving as a Principal Scientist at M S Swaminathan Research Foundation, India. His team has created innovative community based models for conservation and sustainable use of natural resources, particularly landraces of small millets with the support of national and International agencies. He has contributed to the study on using markets to promote the sustainable utilization of crop genetic resources supported by FAO and IFPRI. He was a researcher for the Payment for Agro-biodiversity Conservation Services project of Biodiversity International in Rome supported by Syngenta Foundation. He was involved in a global study on CBM and Empowerment supported by Wageningen University and the Research Centre/Centre for Development Innovation, Netherlands. He coordinated the small millets project supported by IDRC and served as a National coordinator of IFAD-Bioversity International project on reinforcing the resilience of poor rural communities in the face of Food insecurity, Poverty and climate change through on farm conservation of local agro biodiversity. As a coordinator for South Asia, he facilitated a FAO- ITPGRFA sponsored CBM and Resilience project. He is currently engaged in operationalizing Tribal empowerment projects supported by IFAD EU, NABARD, National Agricultural Science fund, National Academy of Sciences, and Frauen Power e.v Germany. His current passion is Natural Resources and Tribal livelihoods, Sustainability management, Gender issues and Community institutions, Folk-art and traditions and Visual documentation.