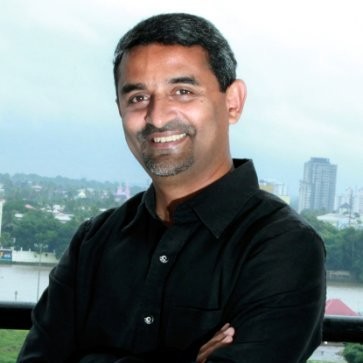 James Joseph is the founder of Jackfruit365™- an initiative to create an organized market for Indian jackfruits, 80 percent of which is reported to be wasted every year.

James has over 20 years of Manufacturing, Sales and Marketing experience in India, North America, and Europe with Globally reputed organizations like Microsoft, 3M and Ford. In his last role as the Director, Executive Engagement at Microsoft India; he was responsible for strengthening Microsoft’s relationship with the senior executives of top 200 enterprises in India. Prior to this role James was responsible for the manufacturing industry marketing for Microsoft UK. Before joining Microsoft UK, he held manufacturing, supply chain, business development, sales and marketing positions at Minda, 3M, Ford Motor Company, i2 Technologies and Informatica. James is a recipient of several awards including Circle of Excellence, the highest award for Sales and Marketing employees across the world at Microsoft, Start-Up Entrepreneur of the Year at TiEcon Kerala 2013, New Age ICON d’ YOUTH Kerala 2011, etc.

James is also an author and his first book “God’s Own Office- How One Man Worked for a Global Giant from a Village in Kerala” was published by Penguin Books and released by Shri Oommen Chandy, Chief Minister of Kerala in October 2014. Malayalam translation of the best seller got published by Manorama Books and released by Kris Gopalakrishnan, Co-Founder of Infosys, in October 2015. In addition James serves as a guest lecturer at IIM Kozhikode, writes columns for leading newspapers and regularly speaks at events to promote entrepreneurship among youth in India.

He has a Masters in Engineering Business Management from University of Warwick, UK and has a degree in Mechanical Engineering from College of Engineering, Thiruvananthapuram.