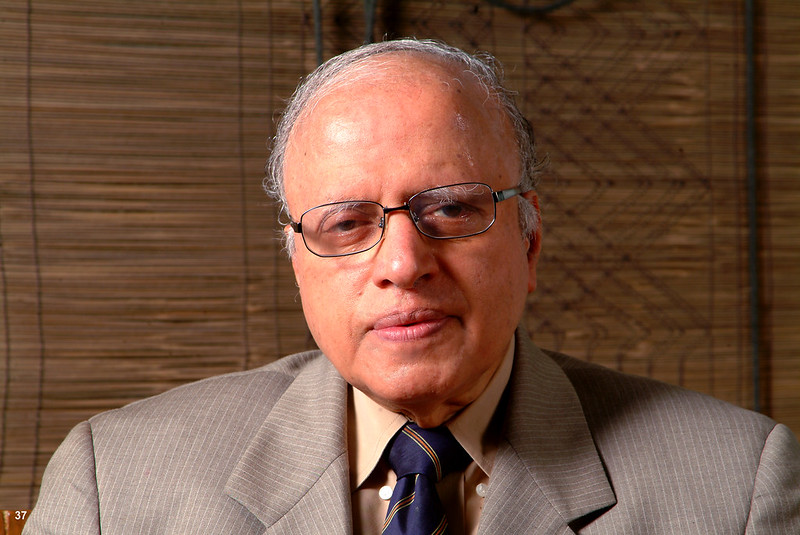 Professor M S Swaminathan has been acclaimed by the TIME magazine as one of the twenty most influential Asians of the 20th century and one of the only three from India, the other two being Mahatma Gandhi and Rabindranath Tagore. He has been described by the United Nations Environment Programme as “the Father of Economic Ecology” because of his leadership of the ever-green revolution movement in agriculture and by Javier Perez de Cuellar, Secretary General of the United Nations, as “a living legend who will go into the annals of history as a world scientist of rare distinction”. He was Chairman of the UN Science Advisory Committee set up in 1980 to take follow-up action on the Vienna Plan of Action. He has also served as Independent Chairman of the FAO Council (1981-85) and President of the International Union for the Conservation of Nature and Natural Resources (1984-90). He was President of the World Wide Fund for Nature (India) from 1989-96. He also served as President of the Pugwash Conferences on Science and World Affairs (2002-07), President of the National Academy of Agricultural Sciences (1991-96 and 2005-07) and Chairman, National Commission on Farmers (2004-06). He was a trustee of Bibliotheca Alexandrina in its formative years.

A plant geneticist by training, Professor Swaminathan’s contributions to the agricultural renaissance of India have led to his being widely referred to as the scientific leader of the green revolution movement. His advocacy of sustainable agriculture leading to an ever-green revolution makes him an acknowledged world leader in the field of sustainable food security. The International Association of Women and Development conferred on him the first international award for significant contributions to promoting the knowledge, skill, and technological empowerment of women in agriculture and for his pioneering role in mainstreaming gender considerations in agriculture and rural development. Professor Swaminathan was awarded the Ramon Magsaysay Award for Community Leadership in 1971, the Albert Einstein World Science Award in 1986, the first World Food Prize in 1987, and Volvo, Tyler and UNEP Sasakawa Prize for Environment, the Indira Gandhi Prize for Peace, Disarmament and Development in 2000 and the Franklin D Roosevelt Four Freedoms Medal, the Mahatma Gandhi Prize of UNESCO in 2000 and the Lal Bahadur Sastri National Award (2007). He is the recipient of Padma Shri (1967), Padma Bhushan (1972) and Padma Vibushan (1989).

Professor Swaminathan is a Fellow of many of the leading scientific academies of India and the world, including the Royal Society of London and the U S National Academy of Sciences. He has received 84 honorary doctorate degrees from universities around the world. He currently holds the UNESCO Chair in Ecotechnology at the M S Swaminathan Research Foundation in Chennai (Madras), India. He was a Member of the Parliament of India (Rajya Sabha), during 2007-13. During 2010-13, he chaired the High Level Panel of Experts (HLPE) for the World Committee on Food Security (CFS). He also Chairs the Task Force set up by the Ministry of External Affairs to oversee the projects undertaken in Afghanistan and Myanmar in the field of agriculture.

During 2013, Prof Swaminathan received the Indira Gandhi Award for National Integration and Greatest Global Living Legend Award of NDTV. He was also elected at the 20th International Congress of Nutrition held at Granada, Spain, “as Living Legend of International Union of Nutrition Sciences”. He received the Life Time Achievement Award at the 9th Nutra Summit in Bangalore. He received the “Yerarinjar” (agricultural legend) award for his work in sustainable agriculture in India today. He received Bharath Shanthi Dootha Award, 2017 (World Peace Festival Society, Warangal). He is also the recipient of World Agriculture Prize (2018).