The Alliance of Bioversity International and CIAT 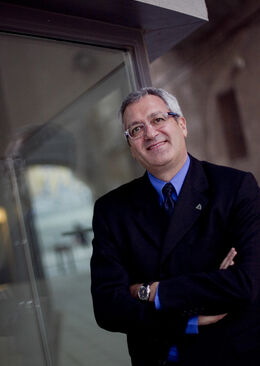 Stefano Padulosi joined Bioversity International in 1993 to develop and implement a project on underutilized crops of the Mediterranean region, including a study on rocket.

From 1998 until 2006 he coordinated Bioversity International’s activities in the Central & West Asia and North Africa Region. While based in the Middle East he continued his efforts to promote neglected and underutilized species (NUS), contributing to develop Bioversity’s first strategy for the promotion of these species and launching the first UN Global Project dedicated to them.

The latest project he has been leading -ended in early 2020- was an IFAD-EU funded international program focusing on priority NUS in Guatemala, Mali and India, which aimed at empowering local farmers and other value-chain actors, to build resilient livelihoods through agrobiodiversity-based solutions, strengthen their preparedness in facing climate variability and help them manage associated risks.

Stefano Padulosi started his career as a plant collector in 1986 at the Germplasm Institute (National Research Council) of Bari, Italy. From 1987 to 1993 worked as a plant explorer and taxonomist at the gene bank of the International Institute of Tropical Agriculture (IITA) in Ibadan, Nigeria. In Africa he carried out numerous expeditions to collect and study food crops, including cowpea and its wild relatives which were the focus of his PhD research thesis.