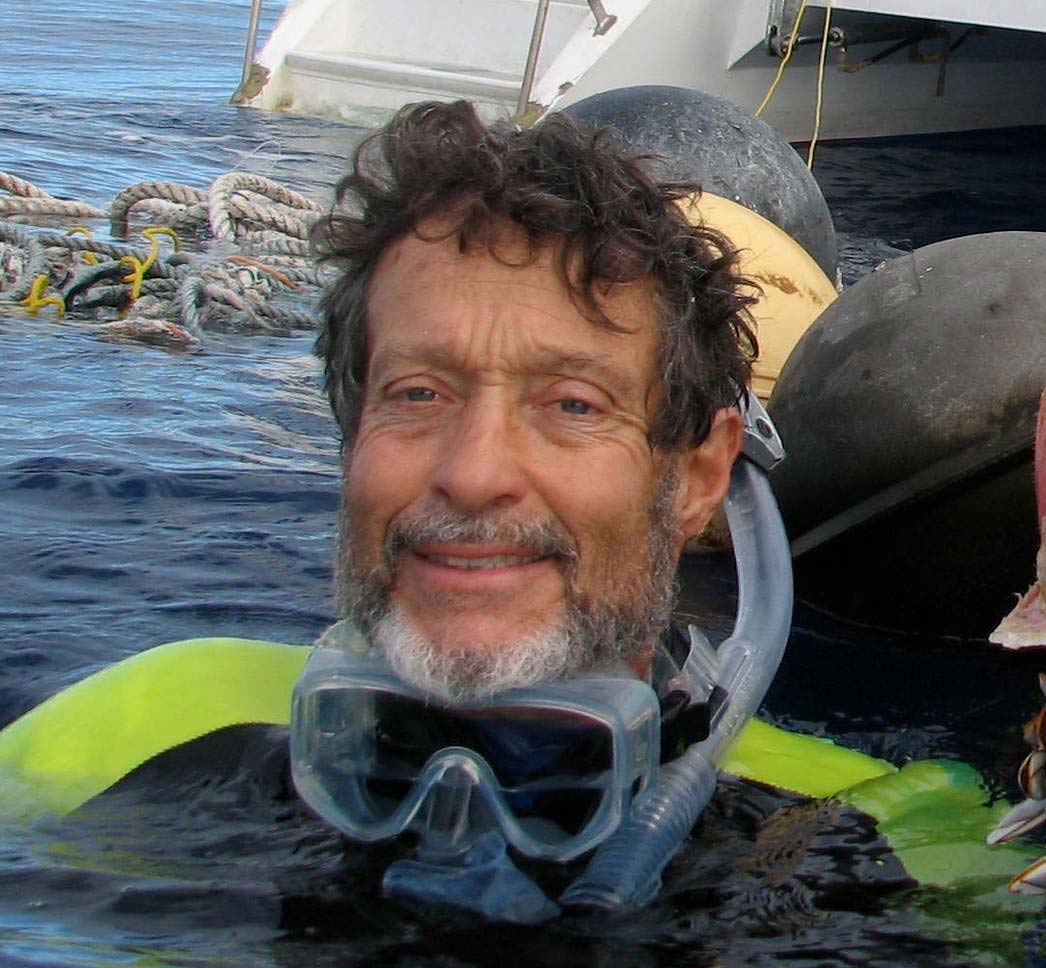 A third generation resident of Long Beach, California, Charles attended the University of California at San Diego where he majored in Chemistry and Spanish. After founding Long Beach Organic to fight urban runoff with organic community gardens, and Algalita Marine Research and Education to restore the giant kelp forests of Southern California, he launched his purpose designed, Oceanographic research vessel, Alguita, in Hobart, Tasmania in 1995.

Oceanographic Research Vessel Alguita and its Captain found their true calling in 1997 on a return voyage from Hawaii. Captain Moore veered from the usual sea route and discovered a virtual garbage dump in the middle of the ocean. Ever since, Captain Moore has dedicated his time and resources to understanding and remediating the ocean’s plastic load. He has appeared on numerous television shows and documentaries, including “Trashed,” narrated by academy award winner Jeremy Irons. His book, Plastic Ocean, details his discovery of the so called Great Pacific Garbage Patch and what it means for our peaking civilization. Captain Moore continues to tour the globe sparking “The Great Plastics Awakening.