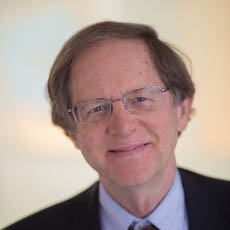 Keith P. West, Jr., Dr.P.H., R.D. is the George G. Graham Professor of Infant and Child Nutrition and Director of the Program and Center for Human Nutrition within the Department of International Health at The Johns Hopkins Bloomberg School of Public Health in Baltimore, Maryland. Early in his career, Dr. West worked as a Registered Dietitian in the US Army on Okinawa, Japan and in Preventive Medicine of the Office of the Army Surgeon General. He earned his Master’s and Doctoral Degrees in Public Health at the Johns Hopkins University. Dr. West has worked extensively in South Asia and Sub-Saharan Africa for 40 years, conducting field trials and epidemiological studies to prevent malnutrition, especially vitamin A and other micronutrient deficiencies and their health consequences among infants, children and women in Southern Asia and Africa. Professor West has authored over 260 scientific publications , received the American Society of Nutrition’s International Nutrition Prize in 2007 and inducted as a Fellow of the Society in 2020.