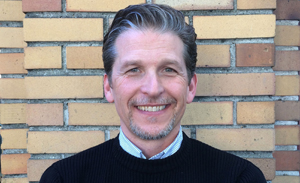 Since 2000, Martin has led the Ecology Center, a community-based organization incorporated on Earth Day in 1970. Under Martin’s leadership, the Ecology Center is leveraging local direct community service programs to have state and national impact. Martin has spearheaded innovative efforts such as creating a farmers’ market industry group, pioneering electronic food stamp access and incentives at farmers’ markets, and passing the nation’s first Soda Tax. By linking local grassroots grit with highly competent program implementation, and increasingly effective policy advocacy, Martin has led the Ecology Center to become a high impact engine for change.

Martin’s previous experience includes working as the Sustainable Agriculture Program Director for Food First, The Institute for Food and Development Policy where he helped build the international organic farming movement throughout the US, Caribbean, Latin America, and Southeast Asia. Martin also edited Sustainable Agriculture and Resistance: Transforming Food Production in Cuba, a compilation of Cuban authors on organic farming, and co-founded Californians for Pesticide Reform (CPR) to reduce the worst pesticides in California through public education and regulatory reform.

Martin has served on the Community Food and Justice Coalition Advisory Committee, The Grassroots Recycling Network Board and the Alameda County Source Reduction and Recycling Board (StopWaste). Martin earned a Master of Arts in Latin American Studies and Environmental Policy from UC Berkeley, and a B.A. in Evolution, Ecology, and Behavior from UC San Diego.