TO PROFILE FONIO’S PRODUCTION in Mali, we selected a malian/canadian  company that focuses on the traceability and international trade to promote rural communities development and women empowerment. 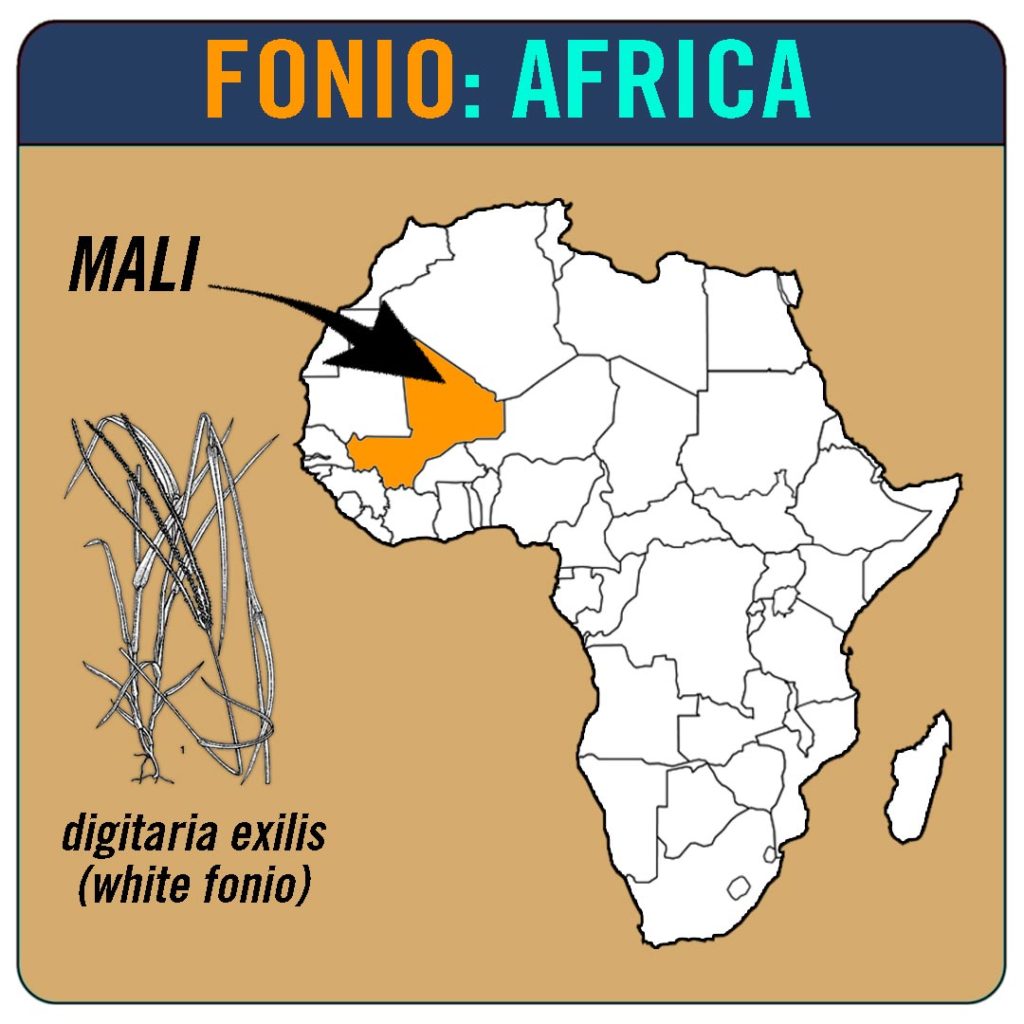 Digitaria exilis (White Fonio) and Digitaria iborua (Black Fonio) are members of the same family of millets with a great potential to improve nutrition, foster rural development and support sustainable land use. These grains are the smallest among all millet species. Fonio has been cultivated in West Africa for more than 5000 years. It remains an important staple in the region because of its high nutritional value, short growing cycle, and reliable harvest even in the face of drought. Fonio grains can be boiled, baked or brewed into beer. Its adaptability to erratic climatic conditions, combined with the international market’s craving for more healthy grain substitutes has brought fonio to the limelight. Thanks to the work done by chefs and entrepreneurs in the creation of value added products and recipes for the urban market, fonio is gaining increased popularity.

White fonio is an herbaceous annual that grows to 30- 80 cm tall in an erect fashion. The grain is very small and matures quickly, coming in a variety of colors from white to yellow to purple. Black fonio is similar to white fonio, standing taller yet producing a smaller grain. Fonio’s extensive root system can reach over 1 meter down into the soil, allowing it to reach deep-buried nutrients and water reserves.

Fonio is the staple crop for millions of people in West Africa, in countries such as Mali, Senegal, Nigeria, Burkina Faso, Togo and Guinea. The consumption of Fonio has an ancient history in the region, dating back 5,000 years. Fonio is often prized as a sacred crop, used in feasts and special events such as weddings. The Dogon of Mali call fonio the “seed of the universe,” believing the world was created from a grain of fonio. Fonio has a higher carbohydrate content than maize, sorghum and other millets and contains more protein than rice. Fonio has high amounts, more per-serving than any other grain, of nutrients such as iron, calcium, zinc, magnesium and manganese and the two essential amino acids cysteine and methionine.

Around 700,000 tons of fonio are cultivated in West Africa every year. Fonio grows quickly; some varieties can be harvested five weeks after sowing. This allows the grain to support the nutritional needs of families in the ‘hungry season,’ before other staple cereal crops have matured. Fonio harvest and processing are traditionally intensive and time consuming tasks, still done mostly by hand. Recently new appropriate technologies have mechanized threshing, dehulling and washing processes. Fonio is prized for its ability to grow in marginal and depleted soil conditions, adapted to the desertified and sandy soils of the Sahel region with no chemical inputs. Fonio is incredibly resilient, able to withstand dry and tropical conditions, a large range of temperatures and altitudes, and poor sandy, rocky or acidic soils.

A Big Supply Chain for a Small Grain

Farafena is a processor and distributor of natural African food products, focusing primarily on the traditional, highly nutritious and climate-smart foods such as the tiny fonio grain. Farafena’s aim is to bridge the commercial routes for these smart foods, supporting local communities and allowing global markets to experience traditional African crops.

To guarantee that their activities positively impact Malian women farmers, Farafena developed a blockchain/distributed ledger solution that enables consumers to see exactly where their food is coming through a QR code on the product package, and allows the company to know exactly the source of their ingredients and establish equitable direct relationships with women farmers.

Specifically, Farafena is committed to developing sustainable agro businesses in the Sahel region of Mali, focusing primarily on women empowerment. Farafena – Mali works with key stakeholders in Mali, as they collaborate with local entrepreneurs, women’s cooperatives and family-owned businesses as they support and strengthen Mali’s social and economic milieu.

Farafena’s case study shows hows how a long supply chain is not always ‘blind,” and demonstrates what direct impact you can achieve locally and globally by incorporating greater agrobiodiversity into the food system.

Farafena traces the source of every kg of fonio from the individual farm to the retailer. This transparency enables both the consumer and the farmer to know the journey of every kg of fonio grown, transported to processing, processed, transformed, packaged and shipped to market. Transparency shines the light of equity and dignity into the lives of individual women farmers and provides informationa to consumers of where exactly this biodiverse African crop originates. With transparency and openness, undesirable supply chain actors are compelled to behave and women farmers are protected from exploitation. To create this transparency Farafena uses existing mobile technologies, QR codes and blockchain encryption.

In the case of fonio marginal soils are able to produce a crop that sustains a village.  The soils remain healthy because fonio does not require chemical fertilizers or pesticides.

Fonio is a hardy and climate-change resilient crop because of its drought-resistant properties and ability to grow on marginal lands. Farafena is implementing a tree planting and forest garden program to expand the value chain established with fonio.

Fonio is a non-processed grain unlike white flour. It has 8% protein, is gluten-free and has a very low Glycemic Index. It also has increased sources of amino acids cysteine and methionine as compared to other grain crops.

The majority of fonio production is done by women (>95%). Farafena has consciously decided to negotiate and partner with women only, not the male chiefs and elders. After 5 years of fonio production in villages partnering with Farafena, men are now staying behind in the village to assist the women farmers, under the direction of the women.

Farafena and the women of Tiebe have learned principles of consultation, collective decision making and the use of appropriate technology to reduce manual labour of fonio in-field processing.

There are 23 different landraces (strains) of fonio throughout West Africa. The grains from each region are the property of the individual farmers. Farmers save their seed to plant for the next season, preserving the diversity and regional adaptability of fonio.

Traditional fonio farming and processing, with high labor needs and low profitability, had deterred a younger generation from continuing in the footsteps of their mothers and grandmothers. Now with an established market, removal of unsavory supply chain actors, introduction of appropriate technology and a 5x increase in the price for their product, young women farmers are taking up fonio production. Young men are assisting the young women in their businesses.

Support for everyone in the value chain must focus and give priority to the farmers at the base-of-the-pyramid. This is possible with radical transparency and encouraging intermediaries of supply chains like Tier 1 companies to be held accountable. When all players in the supply chain come together to support biodiversity the social economic outcomes increase and risks to food security decrease. This starts with transparency and a focus on farmers. It is imperative in a COVID-19 post COVID-19 world where supply chains are being threatened that local indigenous crops like fonio be supported and distributed throughout African to supplement imported crops like wheat, corn and rice.

Rehabilitating marginal lands is critical to the food security in Africa. The fonio value chain is a proven model to engage farmers at the base of the pyramid using transparency. Farafena is now focused on expanding our value chain model to include tree planting and forest garden management to rehabilitate soils, proving ‘de facto’ ownership of land by women farmers.

Africa is still traumatized by post colonialism. Indigenous foods were overlooked and Africa became a net importer of rice, wheat and corn. Local crops like fonio, bambara beans, tiger nuts etc. are ingrained in the traditions of local farming and community unity. The culture of healthy villages will return when men no longer have to work away from home in unhealthy cotton fields and factories. Agriculture will preserve local communities and limit mass migration of young men out of their communities. All actions in any endeavour must be respectful of consultation and the inherent equality between men and women. It is inappropriate to assume the subjugation of women is a part of indigenous culture. 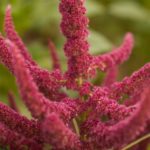 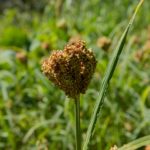 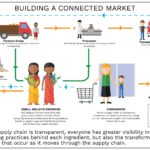